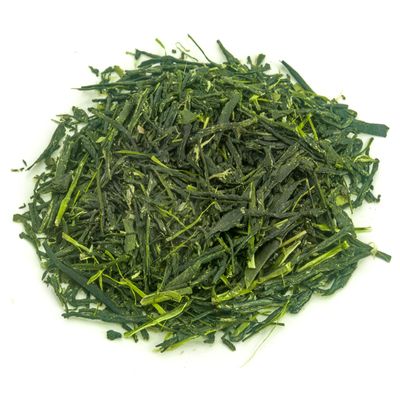 Kabusecha (冠茶), literally translated as covered tea, is a type of Japanese Sencha. The name derives from the fact that the tea is covered before harvest - just like Gyokuro. While the later is covered for about three weeks at 70-90% Kabusecha is only covered for about one week at 50%. The shading technique for Kabusecha is also different than that of Gyokuro. For Gyokuro the entire tea field is shaded, but for Kabusecha only the tea plant itself is covered. Because of that special processing Kabusecha has Sencha’s refreshing flavor but also some of Gyokuro’s sweetness.