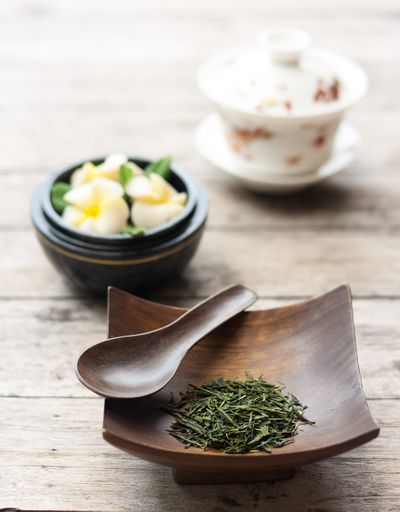 Daejak (대작/大雀) is a grade of Korean green tea. Named after the size of the leaves, which are said to be comparable to a sparrow's beak. Daejak is the fourth pluck or harvest of tea leaves in a harvesting season. Consisting of mature leaves, the harvest for daejak tea leaves begins around June 21st, which is known as haji (하지/夏至/Summer solstice).

Daejak leaves are dark green, wiry, and somewhat curly in appearance. The tea's liquor is greenish-yellow and the flavor palette is said to be vegetal with chestnut hints and notes.