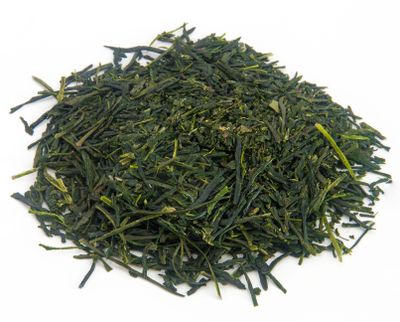 Sencha (煎茶) is a Japanese green tea witch is distinguished by its fresh taste and the uniform and emerald leaves. It is the most popular tea in Japan accounting for about 80% of the produced teas. Sencha is like most Japanese green teas briefly treated with hot steam in order to prevent the oxidation (kill green) while in China green tea is mostly roasted for a short time at about 280° C. The best and most expensive quality of Sencha is Shincha, the first flush, which is harvested depending on the region between April and May.