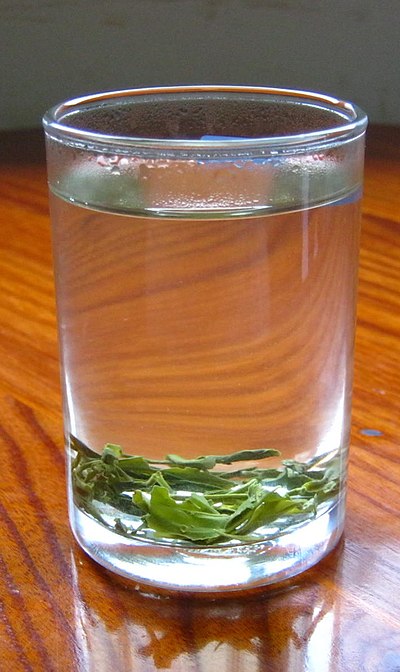 Huangshan Maofeng tea (黄山毛峰) is a green tea produced in south eastern interior Anhui province of China. The tea is one of the most famous teas in China and can almost always be found on the China Famous Tea list. The tea is grown near Huangshan (Yellow Mountain), which is home to many famous varieties of Green Tea.

Huangshan Mao Feng Tea's English translation is "Yellow Mountain Fur Peak" due to the small white hairs which cover the leaves and the shape of the processed leaves which resemble the peak of a mountain. The best teas are picked in the early Spring before China's Qingming Festival. When picking the tea, only the new tea buds and the leaf next to the bud are picked. It is said by local tea farmers that the leaves resemble orchid buds.

According to local legend, a young scholar and a beautiful local girl fell madly in love. A local landowner saw the girl picking tea and wanted her for himself. He forced the girl's parents to make their daughter marry him. On the night before the wedding, the young girl snuck out of the landowners house only to find that the landowner had murdered the scholar. She went to his grave and cried until she became the rain. The scholar's body became a tea tree.