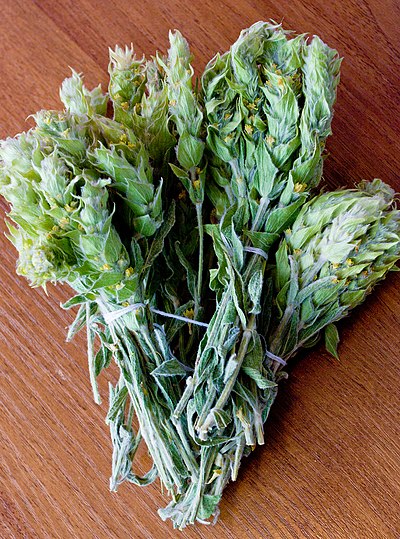 Greek Mountain Tea is the name given to various regional endemic species of the Empedoclia section of the genus Sideritis. However, this type of tea is also widespread in other Balkan countries, where it is also called "mountain tea".

According to the respective locally occurring Sideritis species[1], a distinction is made between the following tea varieties

All these species occur above an altitude of 1000 m and grow on dry ground.

Medicinal applications for Greek mountain tea have been known for a long time. Two thousand years ago, the famous Greek physician Dioscorides described that sideritis has the power to heal wounds. In traditional folk medicine in the Mediterranean region, sideritis is used today for its calming and antispasmodic effect. But it is also used to fight respiratory diseases and prevent colds.